The Walking Dead, a show about zombies that is quite amazing, has been running well and continues to run. The show aired its first season in 2010, and it is now in its eleventh and final seasons. There’s no doubt that this show is one of the longest-running shows and widely recognized shows on “zombies,” but with all these seasons comes new beginnings and sad goodbyes. Fans had to say goodbye to Michonne, their beloved character. Michonne, played by Danai Gurira, an American-Zimbabwean actress, was a fierce character.

Michonne was a strong and positive survivor. She liked to work alone and a certain mystery surround her because she liked to hide her past. As the story progressed, we witnessed her open up and welcomed her into our lives. Although it was difficult to see her character leave, that did not mean she would accept new projects. Here’s why Michonne left The Walking Dead.

Michonne made her first appearance on the show in the final episode of season 2. She was seen in the episode “Beside The Dying Fire” as Andrea’s rescuer, later her best friend. Rick and others doubted her at first, but she proved to trustable. Michonne was a good fit for their world. She formed strong friendships with Rick and Carl.

Why did Michonne leave the Walking Dead? Cr: Otakukart

She was like many of these people and had experienced her fair share of tragedy. After the tragic death of her son Andre, and the subsequent events, she had suffered enough. She was a strong leader in Alexandria, a mother to Judith and a loyal friend of Rick Grimes.

What Role Did Rick Take In Her Exit

Although Michonne and Rick were initially skeptical, their friendship blossomed into a loving relationship. Fans had to wait three seasons for the show makers to finally bring them together in the sixth series. It was going smoothly until Rick decided to sacrifice himself and blow up the bridge in order to protect the community from the walkers that were descending upon them in the ninth season.

After Rick’s sacrifice, there was a time-lapse to Michonne giving birth to Rick’s son, R.J. R.J. was yet to meet his father while Michonne raised him alone alongside Judith, Rick’s daughter. She searched for anything that could hint that Rick was actually alive for many years. She left her children behind to pursue Rick when the opportunity presented itself. Michonne’s final scene is the one where she finds two travelers and a caravan of survivors. She helps the survivors and continues her search for her soul mate in a vast unknown.

Why did Danai A.K.A. Michonne leave The Walking Dead?

After a decade of being part of this AMC series, DanaiGurira quit The Walking Dead. Gurira informed her producers before she left the show about her decision not to spend more time on her career as an author and playwright. Michonne was also forced to leave the show when she left. Although Michonne stays alive before her exit, it’s hard to say if she will be returning or not. Danai’s character was a standout in The Walking Dead universe for her fearsome and relentless nature. 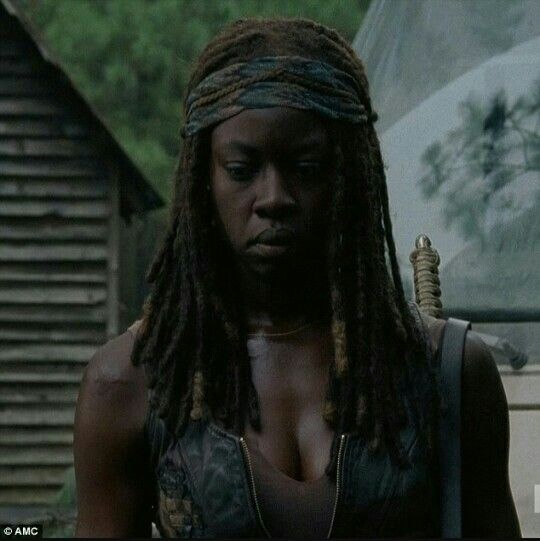 Why did Michonne leave the Walking Dead Cr: Otakukart

Danai was also one of few black action heroes in popular culture. Danai has proven herself to be a captivating and remarkable action star time after time. She played Dora Milaje General Okoye in the MCU’s Black Panther and reappeared in Avengers: End Game. Danai has always been committed to creating work to elevate Black female voices using her stage. These marginalized voices are also elevated by her writing. Although it wasn’t easy seeing yet another star leave the show, it’s amazing to see Danai Gurira on screens in new roles. We might have to start another TWD marathon to see her as Michonne, but it’s good that Danai is exploring her talents.