WWE SmackDown September 23 show will feature Roman Reigns’ return and a match for the WWE Tag-Team Championships. Logan Paul made an exciting return to WWE at the previous Smackdown event. Other segments of the show saw The Brawling Brutes rise to the top in the list of potential contenders for Tag Team Championships.

Roman Reigns, the Tribal Chief, will be making his first public appearance following the WWE Crown Jewel Press Conference. The Usos will be taking on The Brawling Brute for their tag-team championships.

Braun Strowman will return to action after his return to the company. This will be another major draw. The match between Otis and Braun Strowman was also announced. For the past few days, WWE has been teasing the audience with a “white rabbit” segment, and it looks like the revelation will be made tonight.

Logan Paul is convinced that he has earned a chance at the SummerSlam championship after beating The Miz. Roman Reigns is holding it currently and is willing to give him a tour of the company.

Last weekend, Undisputed WWE Universal Champion Roman Reigns and Logan Paul’s title match for the Crown Jewel pay-per-view was made official by WWE Chief Content Officer Triple H at a press conference in Las Vegas. This show takes place in Saudi Arabia on 5 November that will air live on Peacock for the US and the WWE Network for the rest of the people.

Logan Paul challenged Reigns to a face-to-face confrontation at a press conference in Las Vegas on last week’s WWE SmackDown broadcast, setting up the upcoming match. Reigns has previously been a guest on Paul’s podcast Impaulsive, and following the episode, the well-known YouTuber said he would definitely love to defeat the #1 champion and win his championship.

After the championship match was officially announced, Reigns and Paul almost got serious during the press event but WWE’s Chief Content Officer Triple H took care of everything. WWE’s Tribal Chief will make a comeback on WWE Smackdown to talk about his upcoming championship defense a week after the confrontation. Since defeating Drew McIntyre at Clash at the Castle, it’s going to be his first appearance on tv.

Logan Paul made a comeback to the blue brand on SmackDown on September 16, 2022, and he issued a challenge to Roman Reigns for a potential match. Following that, WWE confirmed that the two would face each other at Crown Jewel.

Roman Reigns is also expected to be on Friday. The Tribal Chief will address the WWE Universe regarding his match against Paul. 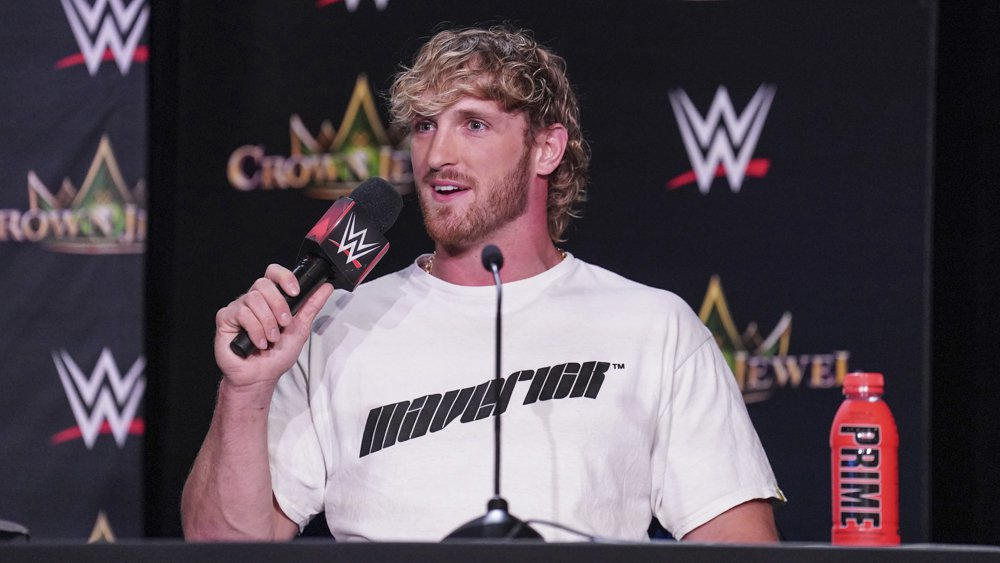 However, WWE may have Logan disrupt Roman Reigns’ arrival by attacking him in order to make the internet sensation seem like a serious threat. The creative team might let The Maverick beat Roman to outrage the social media.

Drew McIntyre was destroyed by Karrion Kross at the main event on SmackDown, September 9, 2022. The Scottish Warrior gave Drew McIntyre a warning. Both have been involved with an interesting storyline that could lead to Extreme Rules. The official announcement of the match is expected to be made by the company on Friday night. It will be interesting to see what additional stipulations WWE makes to the match, if any.

WWE fans began to wonder whether a major superstar may make a return after seeing teasers with a “white rabbit.” This week’s Raw episode had a QR that offered some additional hints concerning the mystery.

By the time the segment ended, a white rabbit could be seen bouncing around an alarm clock that read 9:23, indicating that tonight’s Smackdown episode, which airs on September 23, may have a major revelation. 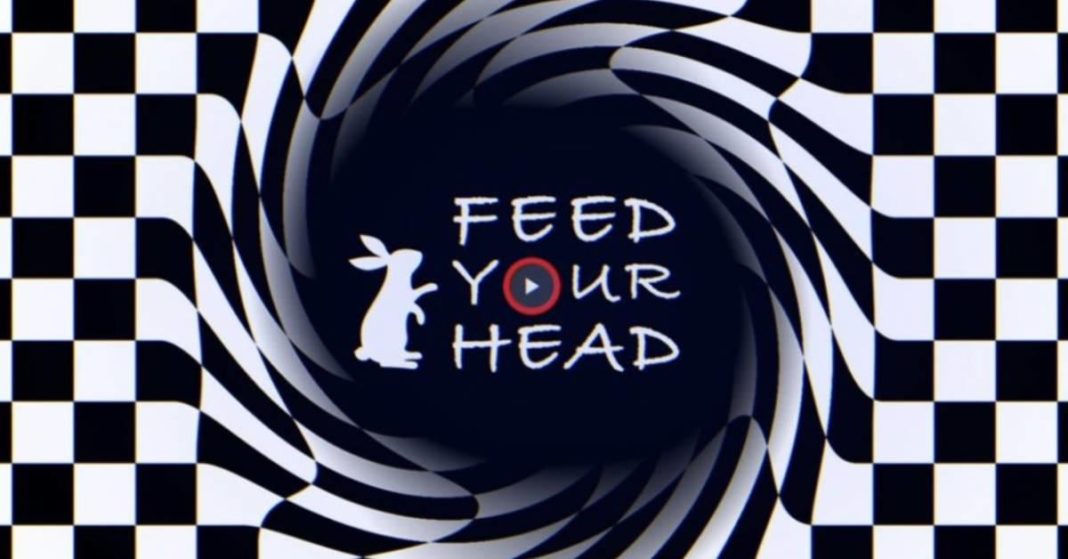 This past weekend, WWE also played similar videos with red lights at house events in Bakersfield and Oakland, leading the crowd to speculate that it could have something to do with The Fiend Bray Wyatt’s return. Another theory is that it may have something to do Karrion Kross (the top heel).

Last Friday, Butch and Ridge Holland of the Brawling Brutes earned an opportunity to challenge The Usos for the Undisputed WWE Tag Team Championships by defeating other three teams in a Fatal-4-Way Number-One Contenders’ Tag Team Match.

We expect an all-out fight between these two tandems, and this match has been officially added to this week’s Smackdown show. The Brutes have undoubtedly been motivated by Sheamus, their leader, who once ended The New Day’s record-breaking tag title reign. 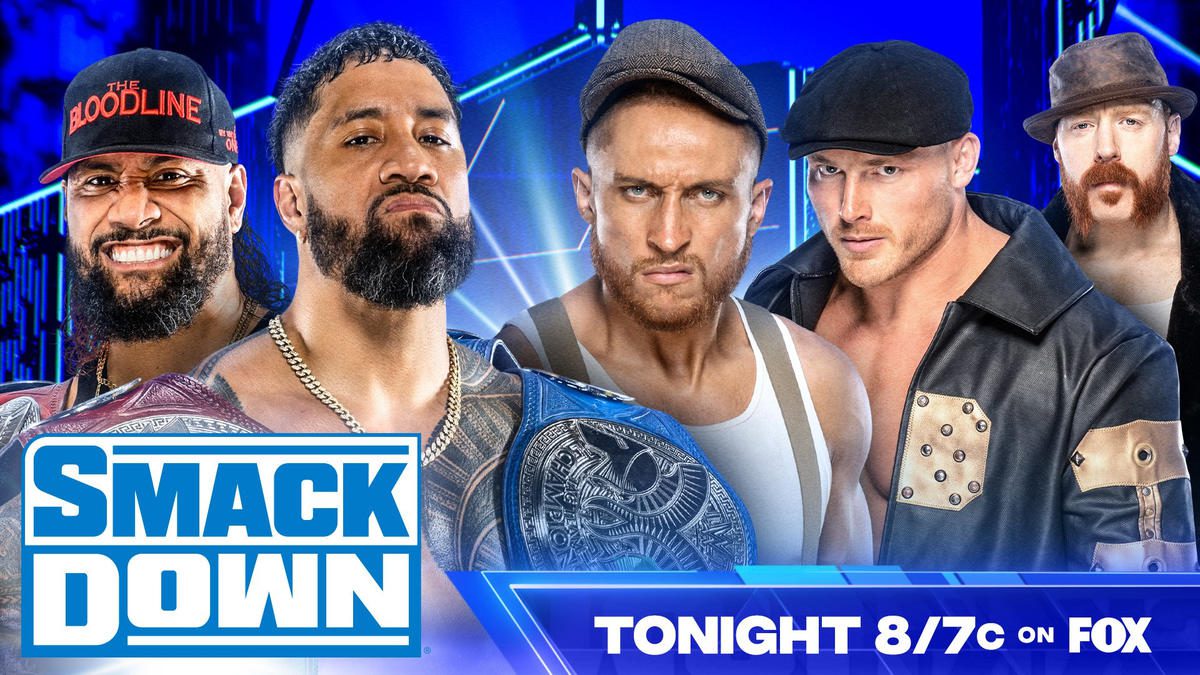 When it comes to The Usos, though, they are made of entirely different materials and having Solo Sikoa and Sami Zayn at ringside may work in their favor.

Keep in mind that The Brawling Brutes owe Imperium a lot of unresolved business. Therefore, the latter may disrupt the title match to cost Butch and Ridge Holland their title match against The Usos on the upcoming show.

Otis and Chad Gable have made the terrible decision to stand in the way of The Monster Among Men’s return to the WWE. WWE confirmed that Otis, one half of the Alpha Academy will face Braun Strowman during his return to competition.

Last week, as the Maximum Male Models walked the stage to showcase their “Back to School” collection, then Strowman came and destroyed Mace and Mansoor. Then Alpha Academy showed up and momentarily attacked Strowman with the help of the number game before leaving the ring.

However, Otis will be unable to escape when he faces the big superstar in his very first match on WWE TV in 16 months. It’s nearly a given that Otis will be destroyed by the “Strowman Express” in the upcoming Smackdown episode that airs on FOX. After WrestleMania BackLash 2021, this will be Stroman’s first WWE match. 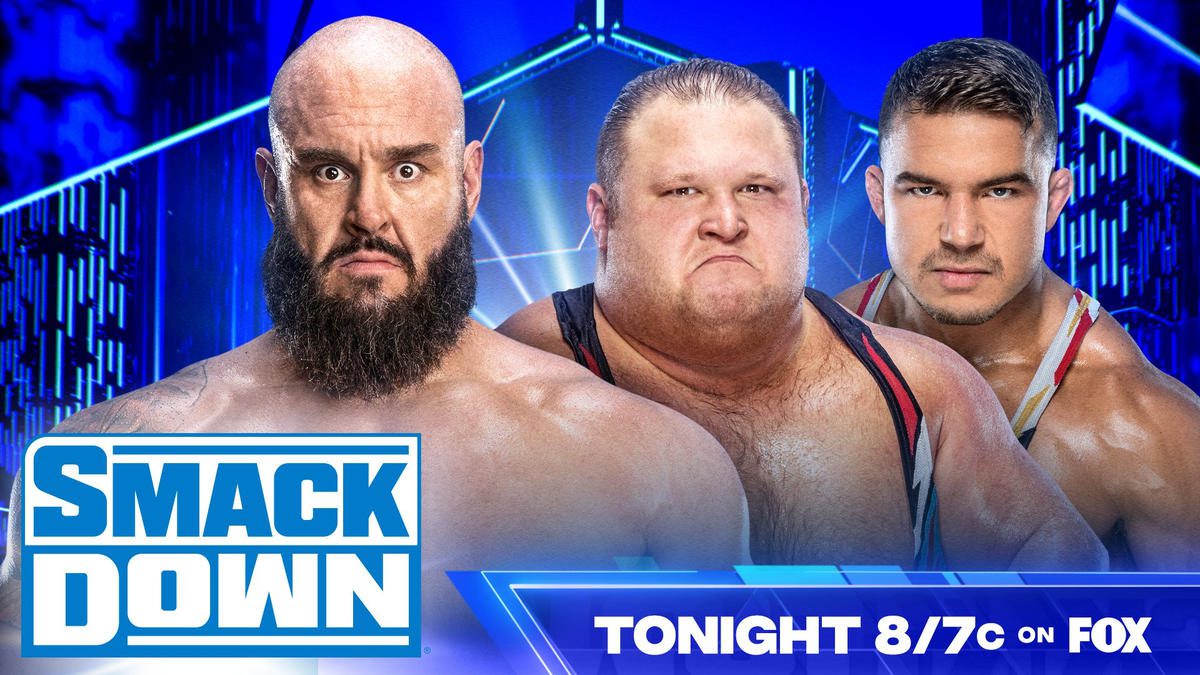 On Friday night, Strowman is expected to destroy the two and secure an easy victory, despite the possibility that Otis’ tag team partner Chad Gable may interfere. This could turn out to be more important as WWE may reveal the next challenger to the former WWE Champion on Friday night.

WWE has reportedly been hinting towards Bray Wyatt’s return recently. A QR Code was featured in a backstage segment of the latest RAW show. Many people believe that the QR Code hinted at Wyatt’s likely return to WWE on Friday night.

WWE may decide to allow Wyatt to make his long-awaited return to the fold, despite Strowman not being involved in any major feuds. Wyatt could then face his former teammate. This would undoubtedly turn out to be best for the company because a possible feud between the two would get a lot of attention.

Happy Corbin may have been kidnapped when he entered JBL’s limousine on September 2 and hasn’t appeared on Raw or SmackDown since. Dexter Lumis was in the limousine?

Following his past week’s support for Logan Paul and victory over Sami Zayn, will Ricochet face The Bloodline’s wrath? 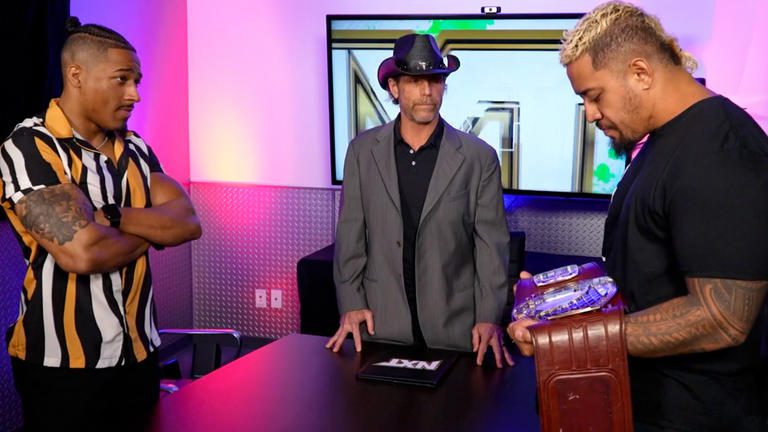 After Shawn Michaels made an odd choice that basically nullified Solo Sikoa’s championship victory, Sikoa is no longer the NXT North American champion. Does this mean that Sikoa’s victory against Madcap Moss last week at SmackDown was void?

Raquel Rodriguez lost to Bayley in a match and was then subject to a post-match beating from the Damage CTRL faction. Surprisingly, Shotzi unexpectedly ran out to the ring to save Raquel from Dakota Kai, Bayley, and IYO SKY. Shotzi has now officially switched her character to one of a babyface and may continue to do so when this week’s WWE Smackdown episode airs on FOX.

FOX will air WWE Friday Night Smackdown at 8:30 PT. Every Friday, new episodes of WWE Smackdown will be released. You can tune in to the show at the mentioned time if you have FOX TV. There are many streaming options available if you were unable to tune in live, or if you prefer WWE Smackdown.

Peacock, NBC’s streaming service, has rights to all of the WWE SmackDown weekly shows. Peacock lets you watch all of the WWE SmackDown shows. You’ll need to pay 4.99$ for its monthly subscription, and if you give an additional 5$, then you can have an ad-free experience. FuboTV, YouTube TV and Sling TV are other platforms that allow you to stream WWE Smackdown. If you are from Canada you can access SN Now. For UK viewers, BT Sports will be your destination.

Also Read: Top 10 Best WWE Rivalries Of All Time That No One Will Forget